The 72-player field for the second Augusta National Women's Amateur is set. The three-round tournament will take place April 1-4 at Champions Retreat Golf Club and Augusta National Golf Club. Of the 72 players, 56 are current members or alumnae of the AJGA.

Alexa Pano is the top-ranked member in the field at No. 2 in the Rolex AJGA Rankings followed by Amanda Sambach at No. 5. Pano will be playing in the tournament for a second time while Sambach is making her first appearance.

It’s a huge honor and one of my greatest accomplishments to be invited to this event. I am excited to have the opportunity to play at one of the most iconic golf courses in the world and I am looking forward to playing with some of the best and most experienced girls who I can learn a lot from.

Zoe Campos is returning to the Augusta National Women's Amateur in 2020 after an impressive T5 finish last year and is coming off a top-5 finish at the 2019 Rolex Tournament of Champions.

Playing in ANWA last year was such an amazing experience where I not only learned so much about the player I am, but the game itself. I am extremely excited for the opportunity to play again while representing and supporting women’s golf!

Members and Alumni Competing in 2020: 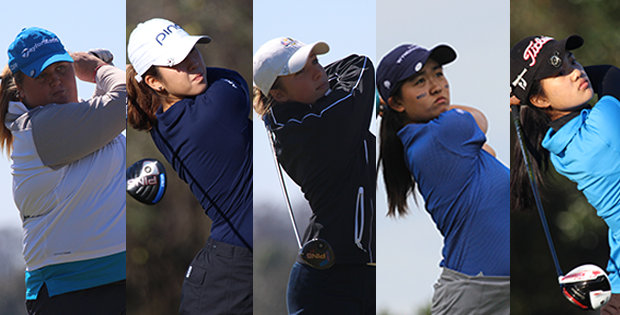 News
53 AJGA Members and Alumnae to play in Inaugural ANWA
The top female amateurs in the world will soon make their way to Augusta National Golf Club for the inaugural Augusta National Women's Amateur.
3 Min Read