The Justin Thomas Junior Championship, hosted by Harmony Landing Country Club in Goshen, Kentucky, was named the AJGA’s 2019 Open Tournament of the Year and honored with the AJGA’s Junior-Am Fundraising Award.

I am so excited that all the hard work that has been put into my event is being highlighted. A huge thank you to my dad, the tournament committee, and everybody involved in making the event what it is. I always enjoy coming back to my hometown and I'm excited to continue impacting young people through my event and through my foundation.

Each year, the AJGA presents awards to the tournaments with the best individual hospitality, Junior-Am Fundraising Tournament, charitable giving and volunteer base. Awards are also given to the events with engaged media and social media participation. Finally, the AJGA recognizes contributions from some of the year’s most outstanding people (golf professional, superintendent and general manager), as well as events (most improved, new, Preview Series, AJGA Junior All-Star Series, Invitational and Open Tournaments of the Year). Most awards will be presented on-site at 2020 tournaments.

Pretty awesome to be back at my home course for the @AJGAGolf #JustinThomasJr! Congrats to Alyssa and Drew on winning and a big thanks to everyone involved! pic.twitter.com/t7K1re9QuY

The Justin Thomas Junior Championship began in 2016 and was hosted at the University of Louisville Golf Club. The tournament moved to Justin’s home course in 2017 as the event found a new home at Harmony Landing Country Club. Justin grew up at Harmony Landing as Mike Thomas, Justin’s father, served as the PGA Master Golf Professional for many years. When the tournament made the move to Harmony Landing in 2017 Mike took a more active role and helped put together one of the best committees on the AJGA schedule.

Each year the tournament committee looks for how they can improve the event and set it apart from other junior events, not just on the AJGA schedule, but throughout the country.

“The committee's goal is to make this the best junior event in the country, better than every major junior event, all of them,” Mike Thomas said. “To do this we want to provide as many financial resources as possible to the players and their families. The cost of playing competitive junior golf is prohibitive for many good players and their families. We don't want that to be an obstacle.”

In 2019, the event provided an unparalleled experience for players and their families as they were treated to breakfast, lunch and dinner each day of the event week, more than 75 volunteers were on hand to help the players, custom yardage books designed specifically for the event were provided and players received special Justin Thomas logoed Polo Ralph Lauren apparel. The returning champions received special parking spots and a full-color tournament program was created to showcase the golf course and the tournament field.

In addition to making it one of the best junior golf events in the country, the tournament puts a large emphasis on fundraising and giving back. That is a large reason why the tournament was given the Junior-Am Fundraising Award.

“I have been floored since the beginning, in the willingness of everyone to support this event financially,” Mike Thomas said. “I never dreamed people would be so giving. It's a big plus that these dollars flow right to our community as well!”

Proceeds from the Junior-Am Fundraising Tournaments, which were sponsored by Strategic Communications and Roof Management, and any money raised above tournament expenses, goes directly to the Justin Thomas Foundation and the AJGA’s Achieving Competitive Excellence (ACE) Grant program. The Justin Thomas Foundation positively impacts children in need, junior golf, and military families with the intent of helping all achieve their full potential.

To top off an incredible tournament week, Justin interacted with players and supporters and conducted a question and answer session with his dad which was sponsored by PHOCUS. They discussed parts of Justin’s game but also told stories about his childhood and growing up in a golf family.

“I have told Justin personally from the beginning, that you can throw your name, or throw your money at an event, but the biggest impact you can have is to have a passion for the event, by showing up, and taking an interest in both the kids, and the event overall,” Mike Thomas said. “I have told him that I am proud he has chosen to be involved on a personal level, which isn't easy as his time demands are quite substantial. We have always lived by the model, since he turned pro, that he has the platform to impact young kids, and he has followed through and chosen to do so. As a parent I couldn't be prouder of that.”

The Justin Thomas Junior Championship will return to the AJGA schedule for the fifth time, April 17 – 19, 2020. Harmony Landing Country Club will again host the event. 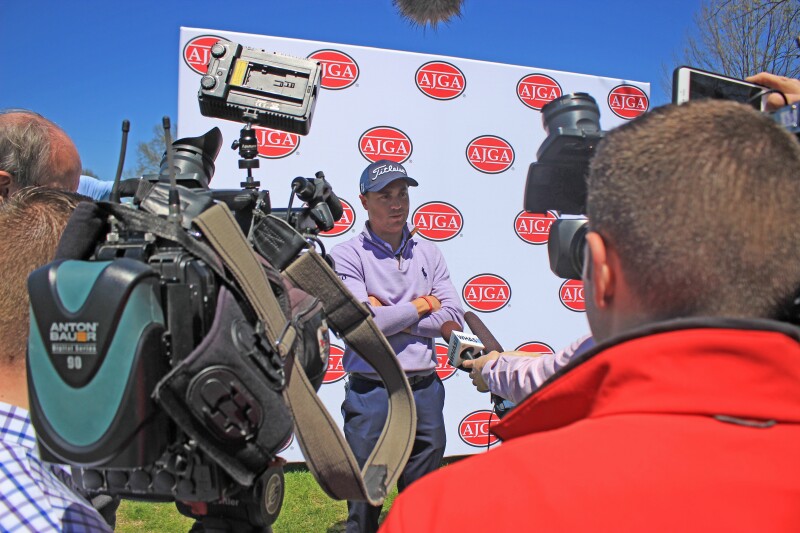 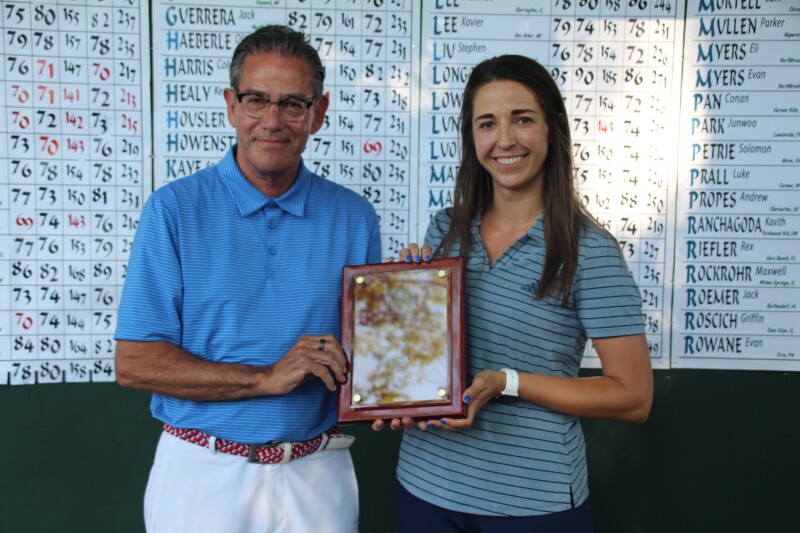