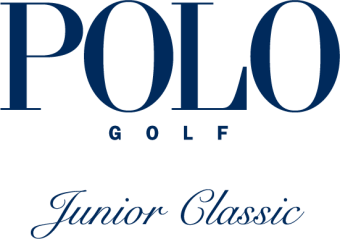 New names added to a distinguished list of past champions

"Bethpage Black is probably one of the hardest courses I've ever played. This fescue is just ruthless. So it was a really cool experience."

Lee advanced out of group play by winning Group H. In bracket play, he won his quarterfinal match in 19-holes over Cayden Pope of Lexington, Kentucky, and advanced to the finals by winning 3 & 2 over an undefeated Adam Miller of Phoenix, Arizona.

The 2022 Polo Golf Junior Classic marked Lee's first AJGA win and invitational win. The No. 48 ranked player in the Rolex AJGA Rankings best finish in a prior AJGA event was runner-up at the AJGA Junior at Squaw Creek in 2021. What's next for Byungho? He is hoping for a place on the 2022 Junior Presidents Cup team representing the International Team.

Borovilos jumped out to an early lead in her match and held onto it all morning eventually beating Alice Ziyi Zhao of (China) Irvine, California, 5 & 4. Borovilos won hole No. 1 and continued to build on her lead ending the match on hole No. 14 at 5-up.

Borovilos advanced to the elimination bracket by winning all three matches in group play. Then in elimination play had victories of 2 & 1 over last year's runner-up, Katie Li of Basking Ridge, New Jersey.

"Match play kind of required a difference mindset. On some shots it allows you to be more aggressive and go for pins not worrying about the trouble around them. Just trying to put as much pressure on your opponents as possible."

The No. 104 ranked player in the Rolex AJGA Rankings was a member of the 2021 AJGA Junior All-Star Team and earned Rolex Junior All-America honors as well. Borovilos is a past AJGA champion, winning the 2020 Mahoning Valley Hospital Foundation Junior All-Star.

The Polo Golf Junior Classic is the only true match play format event on the AJGA schedule. All but two years of the 43-year history have been played as match play.

The move of the Polo Golf Junior Classic in 2022 to Bethpage Black marks the first time the event is being played on a public course. The Black Course is rich in tradition having hosted three major championships, two FedEx Cup playoff events and the upcoming 2025 Ryder Cup.

The course which opened in 1936 as part of the Depression Era public-works project that build Bethpage State Park burst onto the scene in 2002 with its first hosting of the U.S. Open. It was this year that a young Tiger Woods, who won the Polo Golf Junior Classic in 1991, captured his second U.S. Open title. The Black Course again hosted the U.S. Open in 2009 where AJGA alumni Lucas Glover took home the title. The ‘extremely difficult course’ recommended ‘only for highly skilled golfers’ also hosted the 2012 and 2016 FedEx Cup playoff event, The Barclays. AJGA alumni Brooks Koepka won the 2019 PGA Championship when the course hosted its first major in ten years.